I want to share my journey of 2020-2021 with you. While I wrote about the paradigm shift experienced this year, meeting many brilliant dyslexic people, I feel the urgent need to still write about our continuing problem in the schools. Something has to be done about our dyslexic children but also about our other struggling readers, who are not dyslexic. For two years, including 2020, I addressed our national reading crisis and our need to stop the school to prison pipeline. I wanted to put it in this book for your reference. I share a lot of research and pray it stirs you up to get involved in some way.

Research shows that 80% of juveniles in our Juvenile Court system are illiterate. This should make us stop and wonder where we educators, parents, and paraprofessionals are missing teaching literacy. Also, research says that 66% of prison inmates are illiterate.

Read about the Neuroscience of the brain and the impact music has to helping dyslexic students read. This book addresses the reading Crisis, and how scores are dropping in spite of national mandates to assess for dyslexia and provide intervention; the Opportunities we have to help students read using Orton Gillingham Structured Literacy; Prisons, why kids are dropping out of school (35% of high school dropouts are dyslexic); and Success, how we can support our students achieving reading success and go to college if they want, if need college for their career of choice. Did you see the acronym COPS. All our students need be reading at grade level by the time they reach fourth grade. And if not they are not, we need to catch them up now with effective methods. Music is amazing and I’ll tell you why! We need to graduate from high school so we are seeing a responsible generation of adults contributing to their societies. 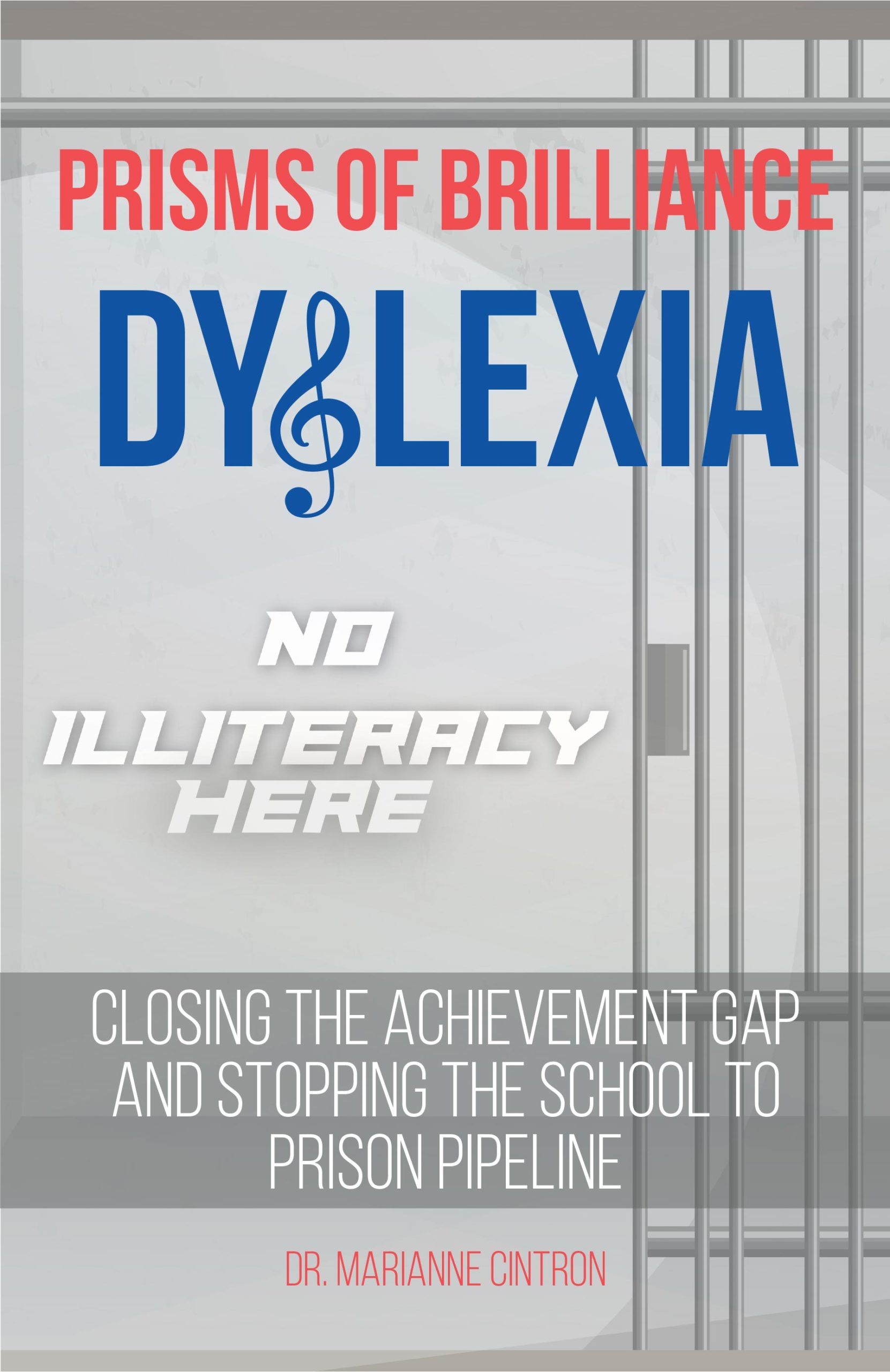 Dyslexia – A Trait of Genius: How to Unlock the Genius Mind of Your Dyslexic Child

My eyes were opened this year to the genius of the dyslexic mind. I capture this in this book and I hope you are inspired. Dyslexia is not a learning disability but a learning difference!

Let me help you with your child’s reading so that we can build her self-esteem and unlock your child’s genius mind! I use the acronym GENIUS: G for giftedness, E for entrepreneurism, N for neuroscience of the brain, I for innovation, U for the unique approach to teach your child and S for the success of dyslexic people.

Read the story and find out how you can help your child! 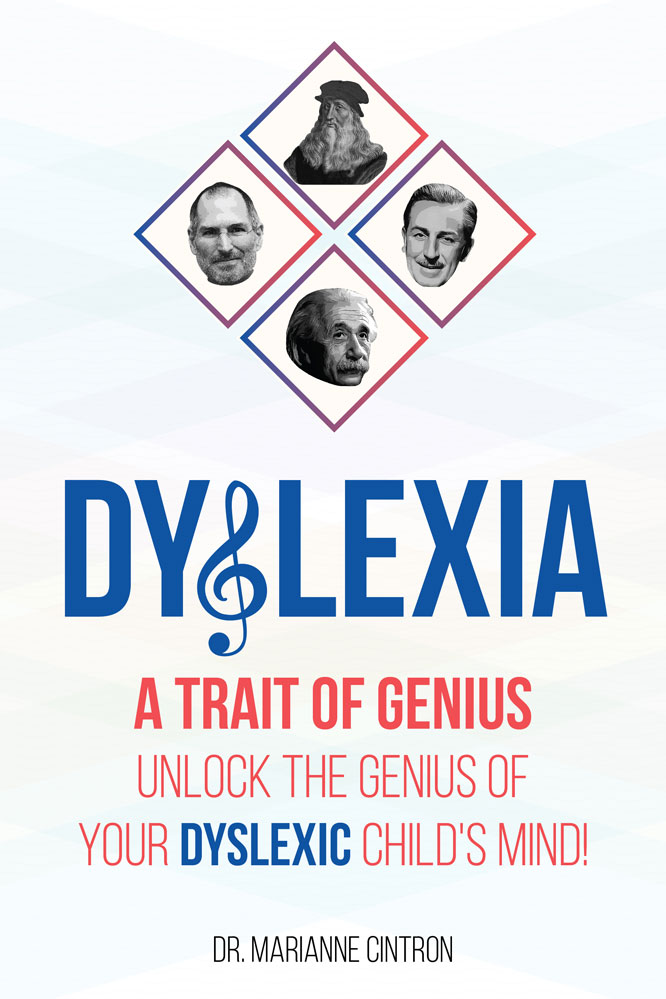 A Message of Hope, How Music Enhances Reading for Dyslexic Students: Case Studies and Solutions to a Systemic Problem in Our Schools

In a twelve-week study, all the elementary-aged students, tutored by college interns, made significant gains using the Reading from Scratch program. Students selected were reading below-basic and far-below-basic (10%-20% percentile rank). Note that 50% represents an average percentile rank. Significant improvements were found in vocabulary and reading fluency.

At the end of the intervention, all the students ranked at 40% without music and 60% with music, placing them in all in the average range! Significant improvements were also evident in reading comprehension and writing fluency; however, this data was not included in Dr. Cintron’s research. 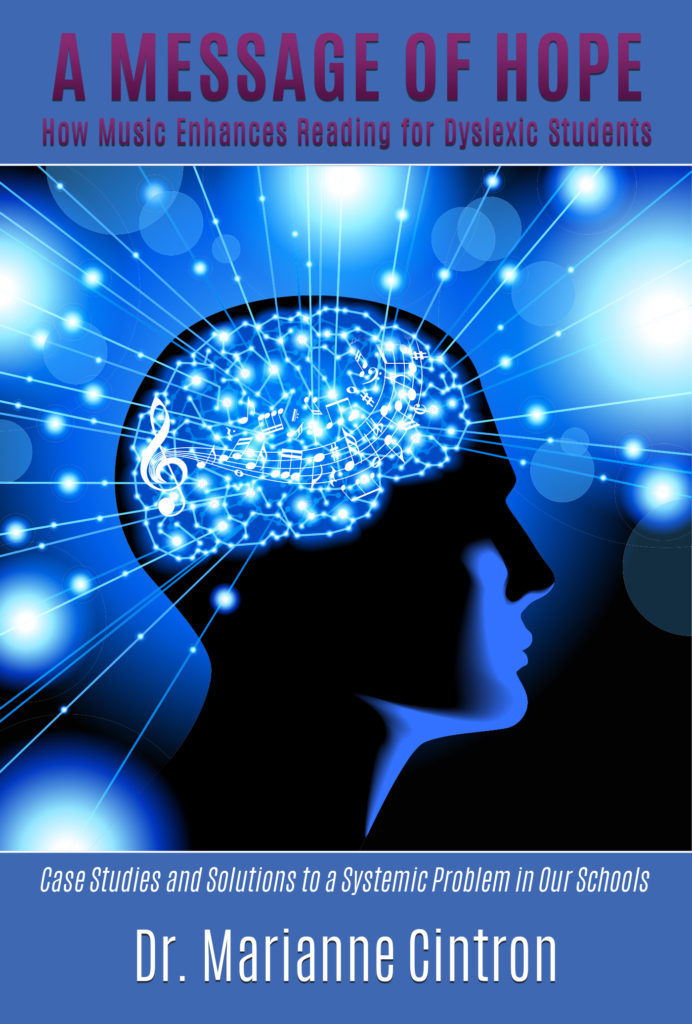 Having a family has always been top of my list, so much that I dare say I even placed more value on it than building a career. Being one of seven children and the middle child, interestingly, my mom was equally as excited as I was about getting married. Being a parent and taking care of my family was my first career. Those early years when my kids were growing were some of the best moments of my life. Teaching, which I had taken up as an occupation became my third career. When I taught students about ‘careers’, I included being a ‘mom’ as a desirable career. Raising kids and being a ‘stay-at-home’ mom is not despicable. More so, it is not something to be looked down on. Raising children is quite tasking but absolutely rewarding. My 12 “Older Sibling” books talk about the journey of a sibling with the growth and activity of the baby in the womb. The collection of stories in Powerful Parenting provide encouragement and help to young parents with a return to good, old family values. 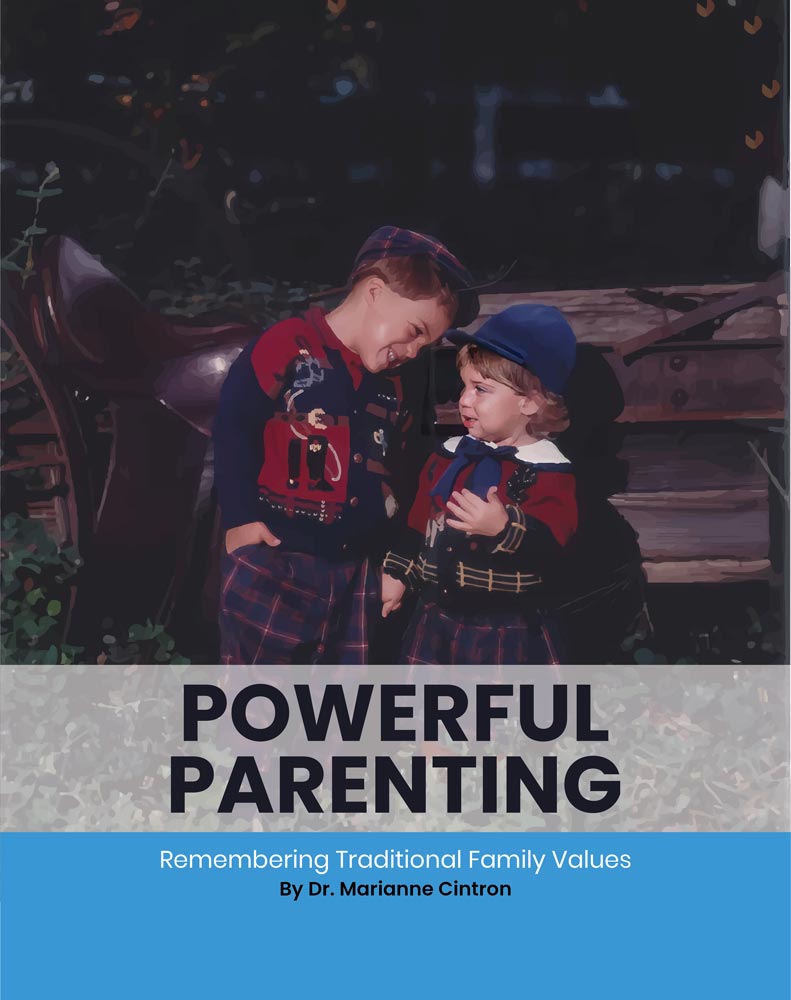 Dr. Marianne Cintron Releases First Book in New Children’s Series
Replace your child’s stress or anxiety from having a new sibling with joy, excitement and anticipation

GLENDORA, Calif. – July 20, 2021 – Dr. Marianne Cintron is excited to announce the release of her first children’s book, “I’m Going to Be a Big Brother!” from the voice of a young son. The book is the first in a series that will help children with their fears about a new baby joining the family.

Dr. Cintron is a dyslexia specialist, speaker and author. Education is Dr. Cintron’s third career, spring boarded from subbing in her children’s preschool to being a substitute teacher in a mental health hospital. She never dreamed of earning five degrees, with a calling to expose that “Dyslexia is a Trait of Genius!” She’s been an educator for 22 years and a classroom teacher for 10. She earned a doctorate degree and two master’s degrees.

“I never realized how scared kids could get about a new baby joining the family, and I am inspired to write a series of 12 children’s books talking about a new baby coming into the home expressed in the voice of a child,” Cintron said. “The first book is my son’s voice. The next is in a big sister’s voice, then twin siblings, an adopted son and a middle child. The first home example will be with a mom and dad and then to the single mom. I’d like to include multiple ethnicities, and have the books translated into multiple languages.”

The series will not be ordinary books about a new baby. The first book shares information about the baby’s size and weight inside the womb month by month. Every three months, Dr. Cintron shares what the baby is doing inside the mother’s womb, allowing mom, dad and other children to be excited and anticipate the baby’s arrival together.

“I’m Going to Be a Big Brother!” is now available for pre-order. 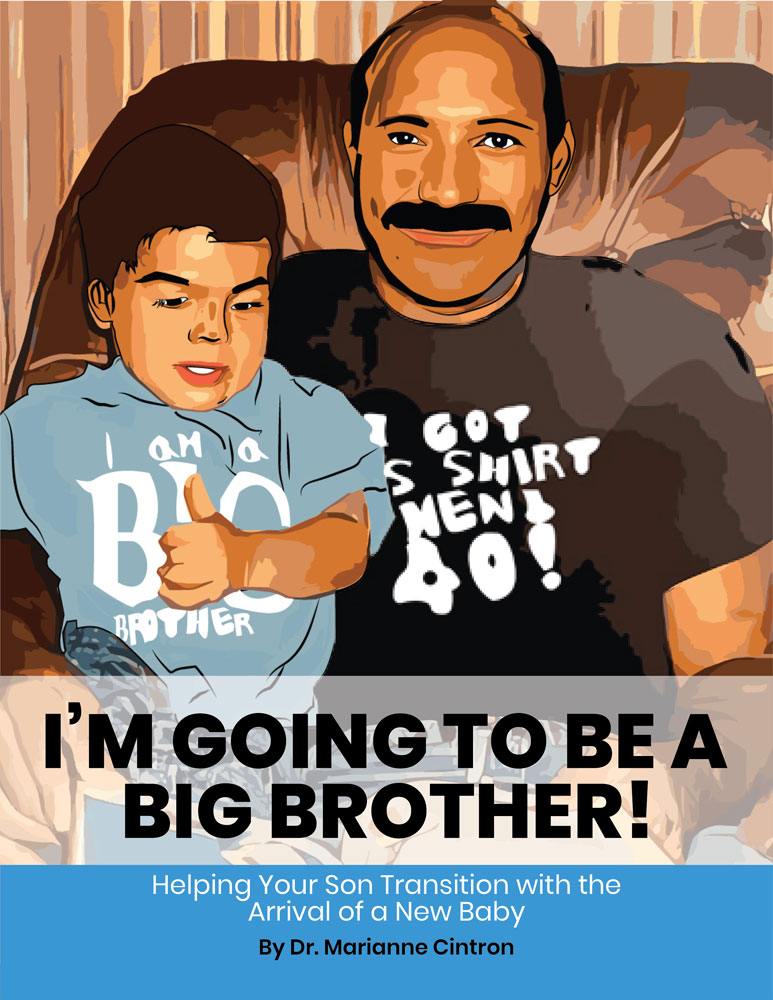