Secret # 2 – Is Dyslexia a Sign of Genius? Dyslexia – A Trait of Genius – Secret 2 to Unlock Your Child’s Genius Mind 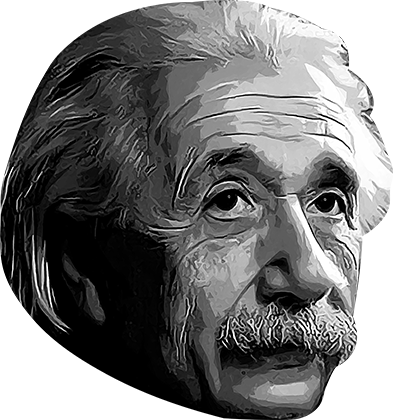 Secret # 2 – Is Dyslexia a Sign of Genius? Dyslexia – A Trait of Genius – Secret 2 to Unlock Your Child’s Genius Mind

Hi, I’m Dr. Marianne Cintron, here again, to give you step two of unlocking the genius mind of your dyslexic child. For tip two, I’m going to use the letter “e” for enthusiasm. What excites your child? Is it building Legos? Playing with trucks, balls, or dolls? Does your child like to work in the kitchen with you or barbecue outside? Does your child like to play doctor, or nurse, or teacher, or even like being a mom or dad? I mean, kids are always taking on different roles when they’re young and they’re playing role-playing. What about dancing or gymnastics?

I have a student who loves to read, and he can read pretty well even though his comprehension struggled. Now his comprehension is better but because he could read pretty well, I was moving him into still decodable readers. I was moving away from the decodable readers that had the pictures and he preferred the decodable readers with the pictures because he could become animated. When he read looked at the pictures, he would light up and smile. He read the words with such expression and it made me think, “Hey, he would be pretty good in the theater!” He’d be good at acting so maybe when he’s in middle school and high school, he could go into the arts of acting. But he also loves baseball, and he loves to be a pitcher, so you never know, his genius might take him to be the next Tim Tebow.

But anyway, recognize early on what your child’s interests are and nurture that in your child. Your child will excel in that area, not only with the talent God has given him or her, but with your support and encouragement. When I taught high school, I used to see the girls come to school with so much makeup and even though I wouldn’t wear that much makeup and maybe other students would tease or ridicule those girls, what I saw was through the eyes of their talent and I realized that these are the kind of makeup artists that the movies use or even the television station. Those people behind that screen use a lot of makeup. What about the movies that have characters that use character makeup? Think of the movie Planet of the Apes, or alien movies. Someone needed to design how those characters looked. People have to design what those faces look like on those people. I would encourage those girls think of a career in makeup artistry. You could even go into the movie industry. And they lit up because someone wasn’t criticizing them for their makeup and their use of makeup and how they like to use it.

Have you ever heard of a young girl named Jillian Lynn? In the 1930s, her teachers would call her “a little wiggle bottom” and her mother was really concerned about her because she wasn’t learning, and she couldn’t stay still. So, her mom took her to a clinician and this doctor had Jillian be in a large room and he she was left alone for a minute. That clinician turned on the music the radio and left the room and they looked in the window and they saw Jillian dancing. He said, “That’s it, she’s not stupid or dumb, she’s a dancer and she needs to be moving when she learns.” Jillian worked towards dance and at the age of 20 she performed as the lead dancer in the Royal Opera House production of Sleeping Beauty and in her 50s when a lot of people are winding down, she was approached by the directors of two famous musicals, and she became the choreographer for Cats and for Phantom of the Opera. She passed away only two years ago but she was 92 years old and just think somebody caught her talent in time. Without that person, she wouldn’t have been the success she was that we remember, and she has left a legacy. That’s tip two of how to help your child unlock their genius. Thank you for tuning in. Stay tuned for tip three.